Members and role of the honorary committee

The honorary committee is non-executive. The members are invited to the events organized by Mintaka Foundation, and contribute, according to their wish, by encouraging institutional contacts or sponsorship activities.

Mr Jesús Martin Garcia started his career at the World Economic Foundation working in food and pharmaceutical industries. In 1992, Mr Martin chose the entrepreneurship way, accompanying the creation and investing of many start-ups like Silverwire and VTX. He also co-founded LeShop, Migros delivery platform, one of the most successful e-commerce companies in Switzerland. His entrepreneurship fiber led him to the creation of the Eclosion in 2004, startups incubator dedicated to life sciences. It is even a committee member of one of them: GenKyoTex.

From 1991 to 2004, Pr. Susanne Suter, headed the Faculty of Pediatrics Department and meanwhile being chief of the Pediatrics Medical Department of Geneva University Hospitals between 1994 and 2003. She was awarded the Otto Naegeli Inpharzam prize for her works on the cystic fibrosis and her studies in the field of the infectious diseases. Member of diverse international associations, she was a member of the Research Council of the Swiss National Fund from 1994 till 2004 and President of the Swiss Science and Technology Council and from 2004 till 2011. 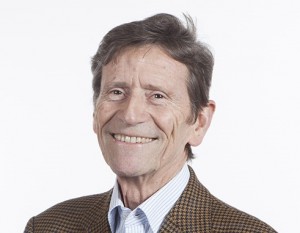 Professor Peter Suter managed the surgical intensive medicine department of the Geneva University Hospitals from 1982 to 2005. He was dean of the Medicine Faculty from 1995 to 2003 and vice president of the University from 2003 to 2006. He became president of the Medical Sciences Swiss Academy in 2004 and as President of the Swiss Academies of Sciences in 2009, from where he retired today. He now chairs the Swiss Medical Board, an association responsible for assessing the effectiveness, adequacy and economicity of medical treatment required in the Act of health insurance. 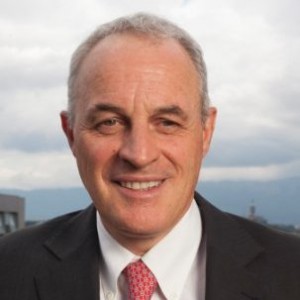 Didier Pittet is the head of prevention and infection control service of Geneva University Hospitals (HUG). He is also Medicine and Hospital Epidemiology Professor in the Medicine faculty of Geneva University. Since 2004 he collaborates closely with the World Health Organization (WHO) as head of the 1st World Challenge for Patient Safety: “Clean Care is Safer Care”. In 2007, he was conferred the title of Commander of the Order of the British Empire (OBE) by Her Majesty Queen Elizabeth II for services rendered to the prevention of infections related to care in the UK.

In 1991, Jean-Dominique Vassalli was named Dean of the Medecine Faculties, a position he held until 1999. Then, he was named vice-rector of the Geneva University. He held this position until 2003. He was also in charge of issues related to Vaud-Geneva cooperation and enhancement of scientific discoveries. From 2004 to 2007, he chaired Fundamental Medicine Section of the Faculty of Medicine.